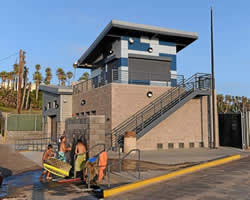 "Nearly a decade after a former El Segundo councilman started pushing for public restrooms at the city beach, the facilities are in operation. A new building at the foot of Grand Avenue not only houses restrooms, but county lifeguard facilities. Photo by Brad Graverson 8-15-12" 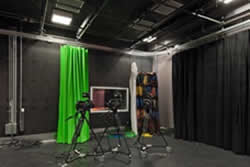 City Cable TV manager Robin Gee said the facility, which opened about a year ago, is a dream come true. “I’ve been with the City for over 18 years and we started out in a trailer in the back parking lot behind City Hall,” Gee said. “To be in a real production facility after all this time is really fantastic.” 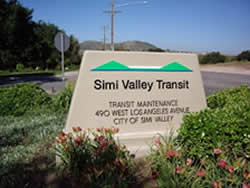 The building not only was modernized but also ended up meeting such stringent environmental and energy design requirements that it received a Gold Leadership in Energy and Environmental Design, or LEED, certification. 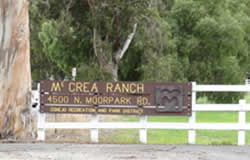 Sixteen years after the historic McCrea Ranch was donated to the Conejo Recreation and Park District, work has been completed on a new visitor center dedicated to preserving the history of the area. 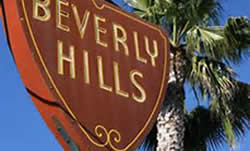 “The existing irregular shape floor plan was a design challenge to the new Emergency Operation and the supporting new interior spaces.”
SBS completed the $2,000,000 remodel of the administration offices and emergency operation center for the City of Beverly Hills Police Department. 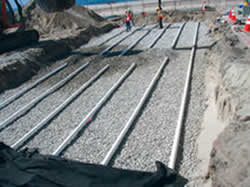 … SBS Corporation, and their Project Manager, Robert (RJ) Stump, to coordinate field activities and manage the various deliverables required to mobilize to the field. 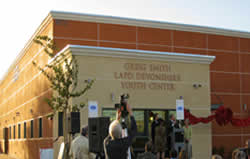 "The new Center will have a gym, park environment, tutoring facilities along with a computer lab, and administrative services for those in jeopardy. There will be 52 security cameras surrounding the building and property to ensure the safety of its participants."